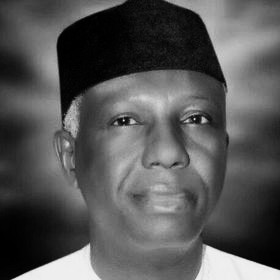 Dr. Imamuddeen Talba is on the Advisory Board of PUTTRU. He is the Chairman of the Steering Committee of the Renewable Energy and Energy Efficiency Alliance (REEEA) of Nigeria. He is an experienced transaction and dispute resolution lawyer with extensive expertise in insurance, renewable energy and power, oil and gas and environmental law.

He was appointed as pioneer secretary of the Nigerian Electricity Regulatory Commission (NERC) in 2007. He also served as Head (Renewable Energy Research and Development Division), Head (Consumer Affairs Division) and Head (Legal, Licensing & Compliance). In 2009, he was appointed as Administrator/Chief Executive of NERC and served in that capacity for 22 months. During that time, he was a member of the Presidential Action Committee on Power chaired by the President and was also a member of the Presidential Task Force on Power. He Co-Chaired Inter-Ministerial Committees on Renewable Energy/Energy Efficiency and Rural Electrification Strategy and Plan respectively. And from 2012-2015 he served as Special Advisor (Policy and Regulation) to the Ministers of Power.

Back to About Us